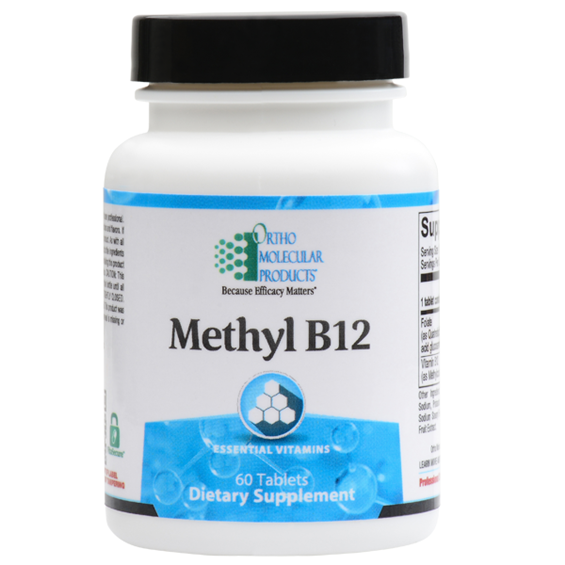 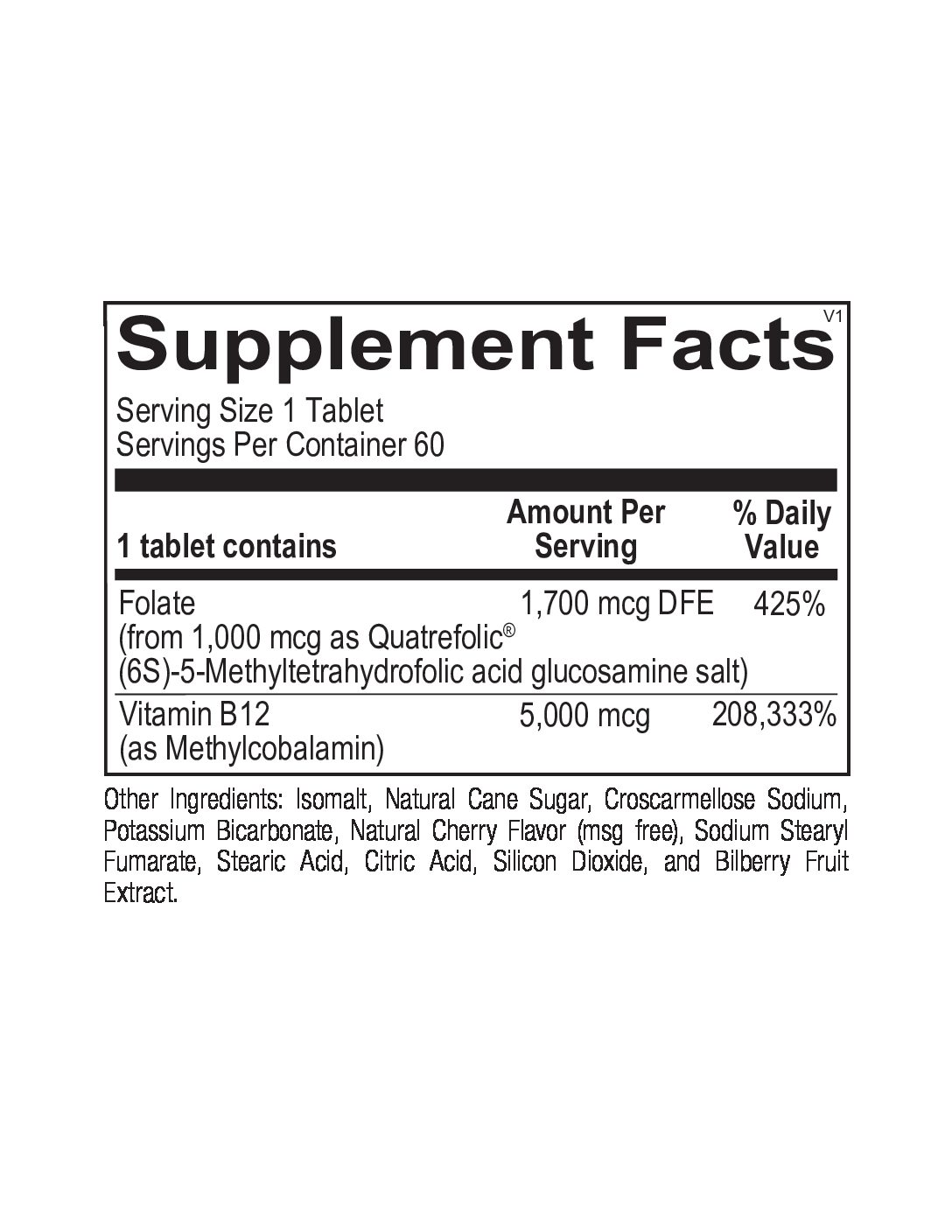 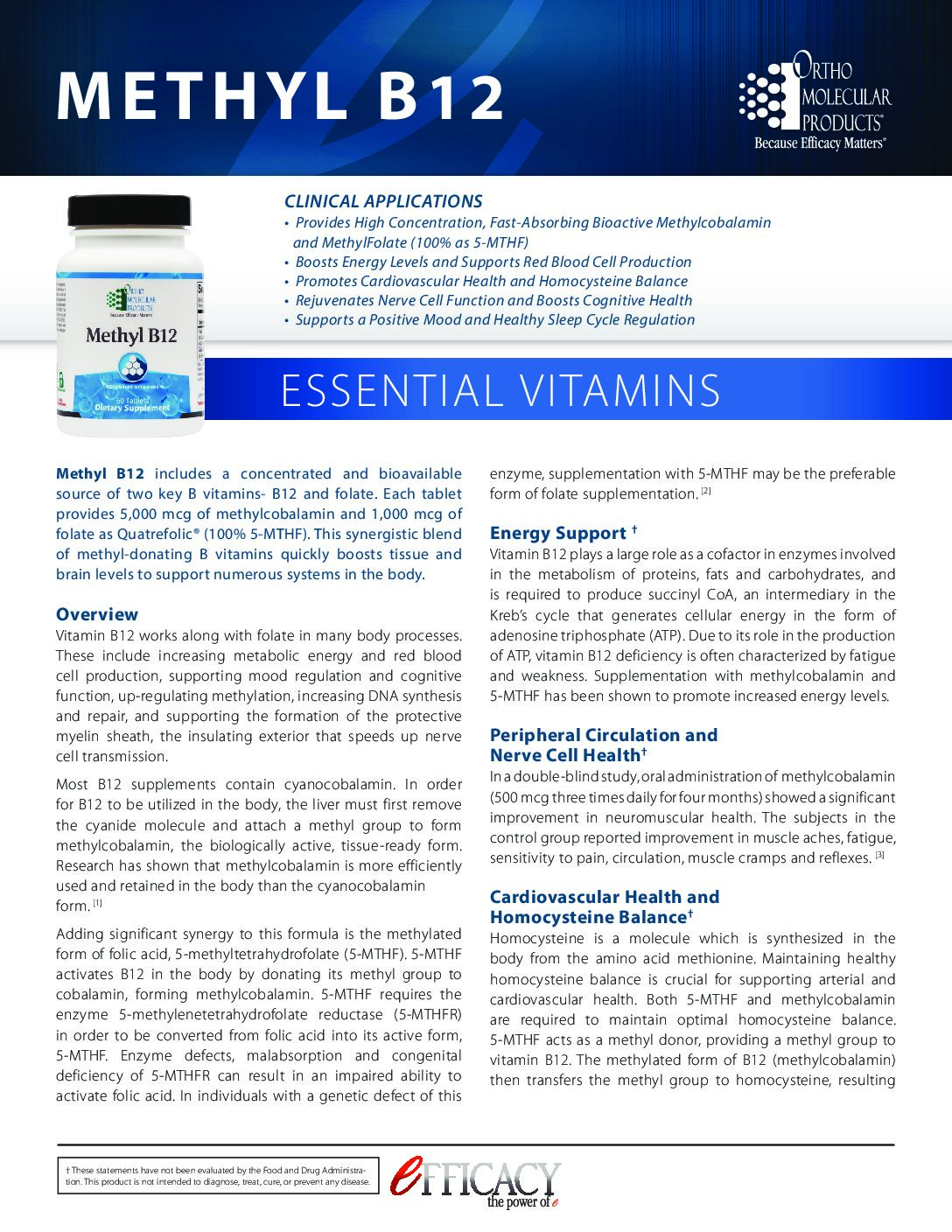 Vitamin B12 works along with folate in many body processes. These include increasing metabolic energy and red blood cell production, supporting mood regulation and cognitive function, up-regulating methylation, increasing DNA synthesis and repair, and supporting the formation of the protective myelin sheath, the insulating exterior that speeds up nerve cell transmission.

1 tablet per day or as recommended by your health care professional.

Vitamin B12 plays a large role as a cofactor in enzymes involved in the metabolism of proteins, fats and carbohydrates, and is required to produce succinyl CoA, an intermediary in the Kreb’s cycle that generates cellular energy in the form of adenosine triphosphate (ATP). Due to its role in the production of ATP, vitamin B12 deficiency is often characterized by fatigue and weakness. Supplementation with methylcobalamin and 5-MTHF has been shown to promote increased energy levels.

B12 has been shown to be beneficial for maintaining a positive mental outlook because it acts as a methyl donor and increases the synthesis of s-adenosylmethionine (SAM-e), a nutrient that has powerful mood and sleep-cycle regulating properties. Due to B12’s ability to increase the production of neurotransmitters and nerve cell transmission, B12 has been shown to improve cognitive function. 5-MTHF plays a significant role in mood regulation as it is required as a methyl group donor for the production of neurotransmitters such as serotonin.

Methylcobalamin and 5-MTHF are both required nutrients for the biosynthesis of melatonin, the hormone that helps induce sleep. Within the central nervous system, the neurotransmitter serotonin is converted into melatonin in a pathway that requires the donation of a methyl group.

Save 10% off Pro Bono and Osteoprev with code FEB10 for the month of February! Dismiss