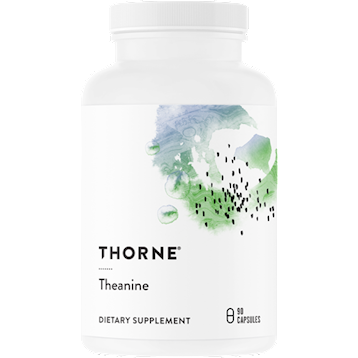 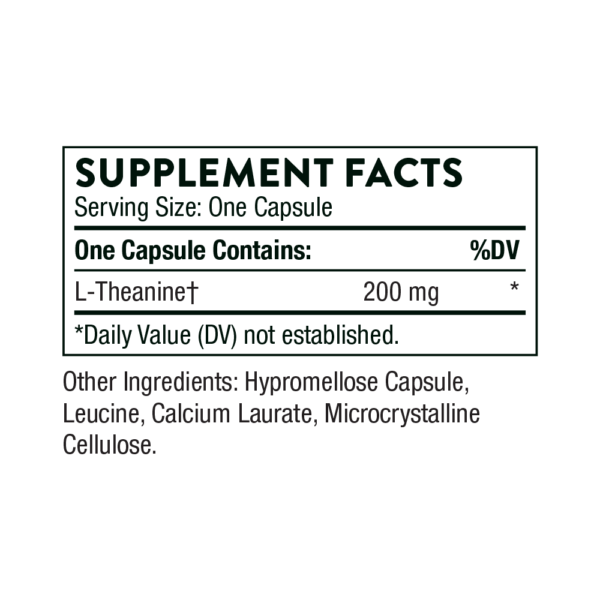 L-theanine is a unique amino acid that is found almost exclusively in the tea plant (Camellia sinensis) and which has been used safely in Japan for decades. L-theanine has been shown to positively modify brain waves and the key neurotransmitters involved in mood, focus, and memory.* L-theanine enhances the production of the neurotransmitters dopamine and serotonin, and also appears to play a role in the formation of GABA – a neurotransmitter that acts like a “brake” during times of runaway stress.* L-theanine also enhances brain alpha-wave activity, a marker of relaxation.* This effect has been observed to be most pronounced in individuals subjectively feeling the highest levels of stress.*

A Japanese study of university students found that 200 mg of L-theanine led to increased brain alpha-waves and a subjective sense of relaxation.* In the same study, L-theanine administration also caused a dose-dependent relaxed, yet alert, state of mind without sedation, beginning approximately 40 minutes after ingestion.*